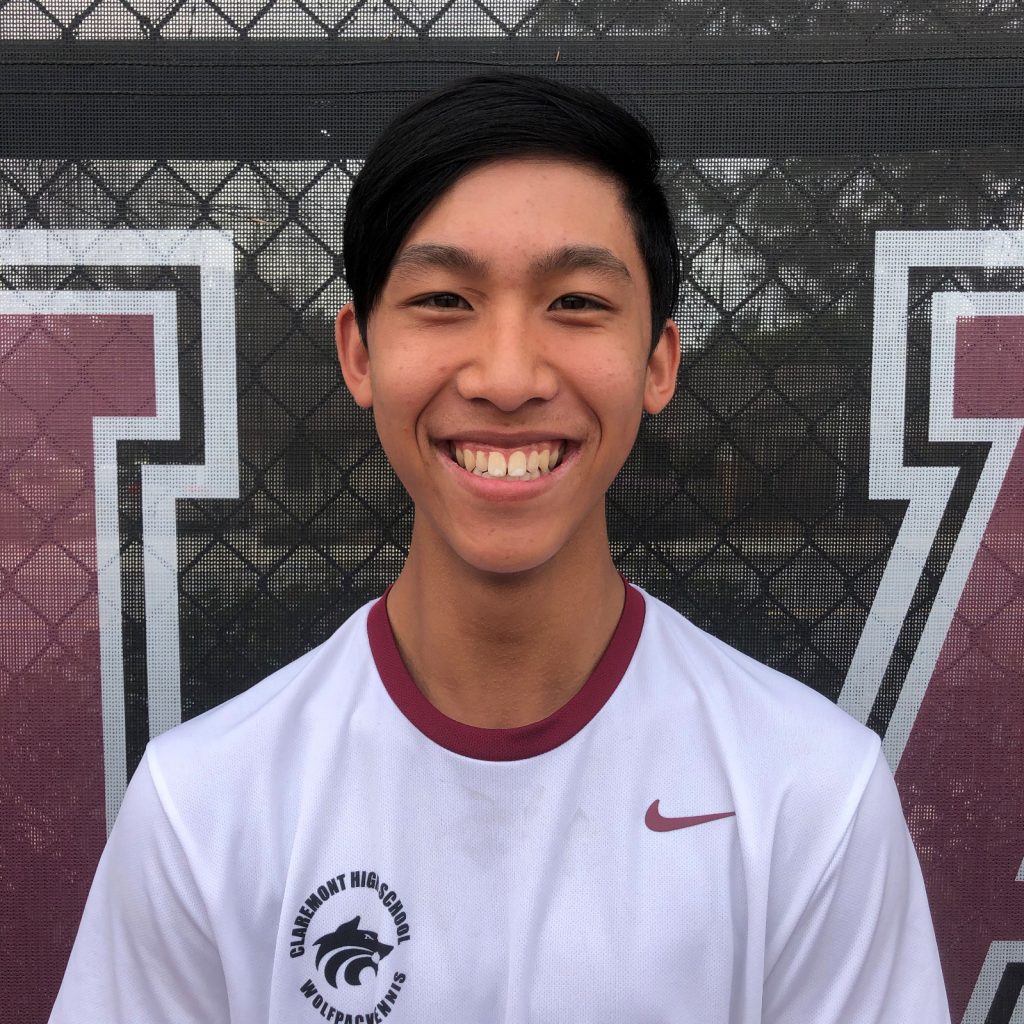 CHS Boys Tennis took on Troy High School from Fullerton and came away with a 9-9 (82-75) win. Number 1 singles player, Ben Stapp (Sr.) remains undefeated after adding three singles wins to take his record to 9-0. Junior and number two singles player Jason Ngo (pictured above), also beat all three of Troy’s singles players. The match came down to Ngo’s final set. The Pack was down 8-9 in total sets when Ngo finished off his opponent 7-5 to tie the match 9-9. In counting games to break the tie, CHS squeaked out the win 82-75. The Pack will play another preseason match on Wednesday against Los Osos at home.