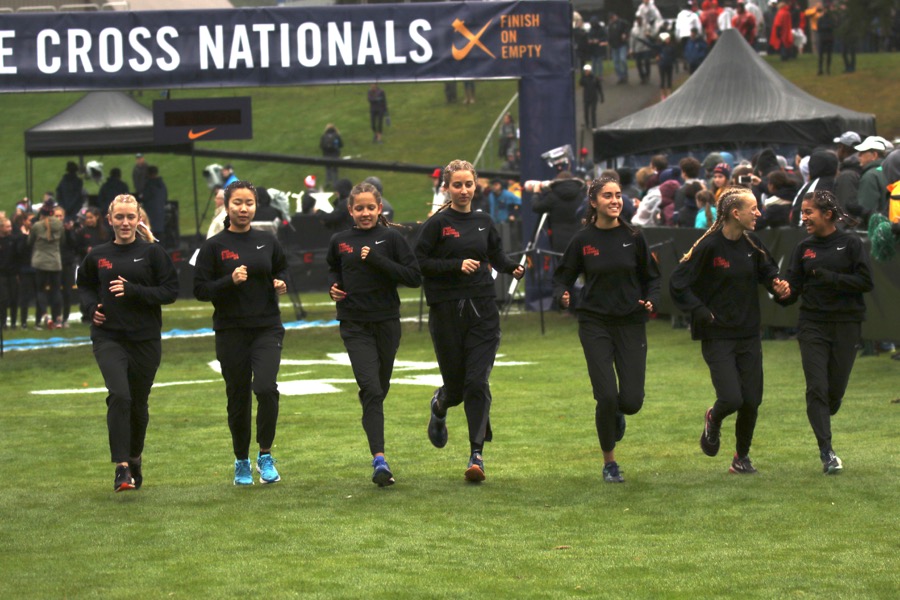 Competing against 21 other teams and numerous top individuals from all over the United States, the Wolfpack competed hard in the prep national championship meet hosted by Nike. This was the second year in a row that Claremont earned an invitation to the prestigious meet. CHS scored 280 points to finish 12th. Central Oregon (Summit, Bend) won the meet with 120 points, followed by North Naperville, Illinois in second with 186 points.